“Memory is the diary we all carry about with us.” 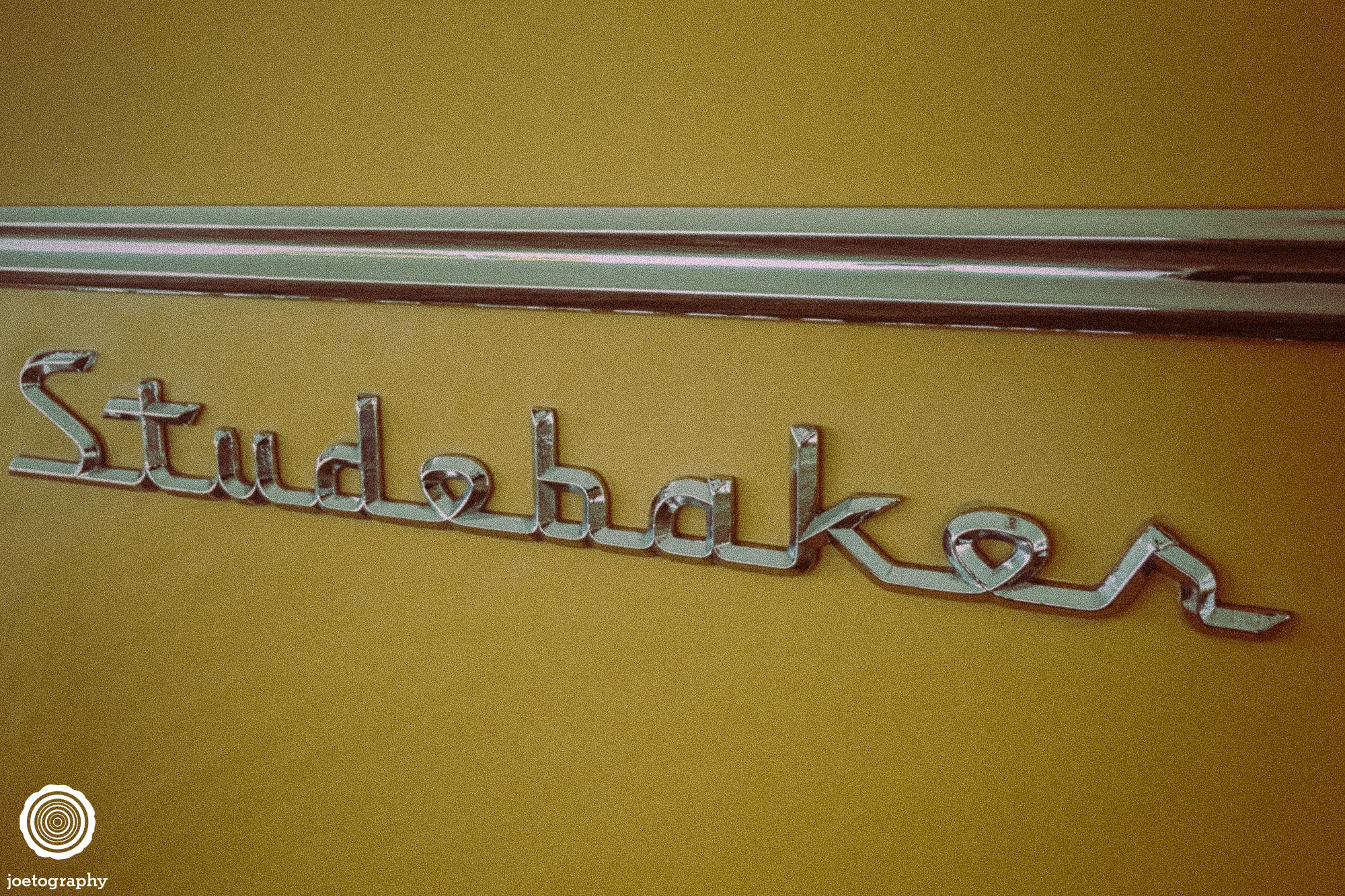 It’s also the name of a luxury coupe automobile that Studebaker Corporation manufactured from 1962-1963 in my hometown of South Bend, Indiana. But before I go forward too quickly, I first must look back to a core memory of the link to this car and my earliest interests in photography.

(And if you’re not a fan of historical context, just skip to the bottom.)

Originally founded as a blacksmith shop and later the largest manufacturer of wagons and buggies, Studebaker Corporation began solely producing automobiles in the 1920s. At its height in this decade, the company’s facilities sat on 225 acres in South Bend, covering 7.5 million feet of factory floor space. The company employed 23,000 and produced 180,000 cars each year, including the Studebaker Light Six, Special Six and Big Six to the Dictator, Commander and President.

And interestingly, Studebaker President Albert Erskine raced a Studebaker B in the 1929 Pikes Peak Hill Climb and won the stock car class — a race that still takes place today just 15 miles from my present home in Colorado Springs.

But the stock market crashed not long after and the company was forced into bankruptcy.

After some financing and restructuring assistance, the company was able to slowly regain traction as the economy improved. And in 1939, they introduced a new vehicle — the Champion — at the New York World’s Fair. But then, America entered World War II in 1941 and Studebaker converted its factory line to supporting the war effort. But designers stayed busy, and Studebaker was able to hit the post-war market first with the launch of its Commander Champion. Sales soared through 1949.

But in the next decade, Studebaker’s ability to compete with the Big 3 began to wane. The company kept up the fight through the 1950s, until labor costs, quality control issues and price wars eventually made the fight too hard to overcome.

In 1961, the company’s then president Sherwood Egbert called in famed designer Raymond Loewy to design a car capable of resuscitating the struggling automaker. He and his team created a design in just 40 days that included futuristic styling and such radical features as a fiberglass body and front disc-brakes.

But production problems halted delivery of the Avanti to dealers and Studebaker sales slumped even further. Egbert resigned in 1963 following a cancer diagnosis, and the board of directors decided to shut down production of the Avanti at its South Bend plant in December — after only a year and a half.

But the Avanti wasn’t gone for long.

In 1964, Nate Altman and Leo Newman, two former Studebaker dealers, secured the old Avanti assembly plant and purchased the rights, tooling and remaining parts for the Avanti II luxury coupe, beginning production the next year. And in 1967 — one year after the Studebaker Corporation officially closed its doors — Altman and Newman hired my dad as the Office Manager for the plant, where he oversaw the company’s 50+ employees, tracked government requirements, led customers on plant tours, and hired new staff. 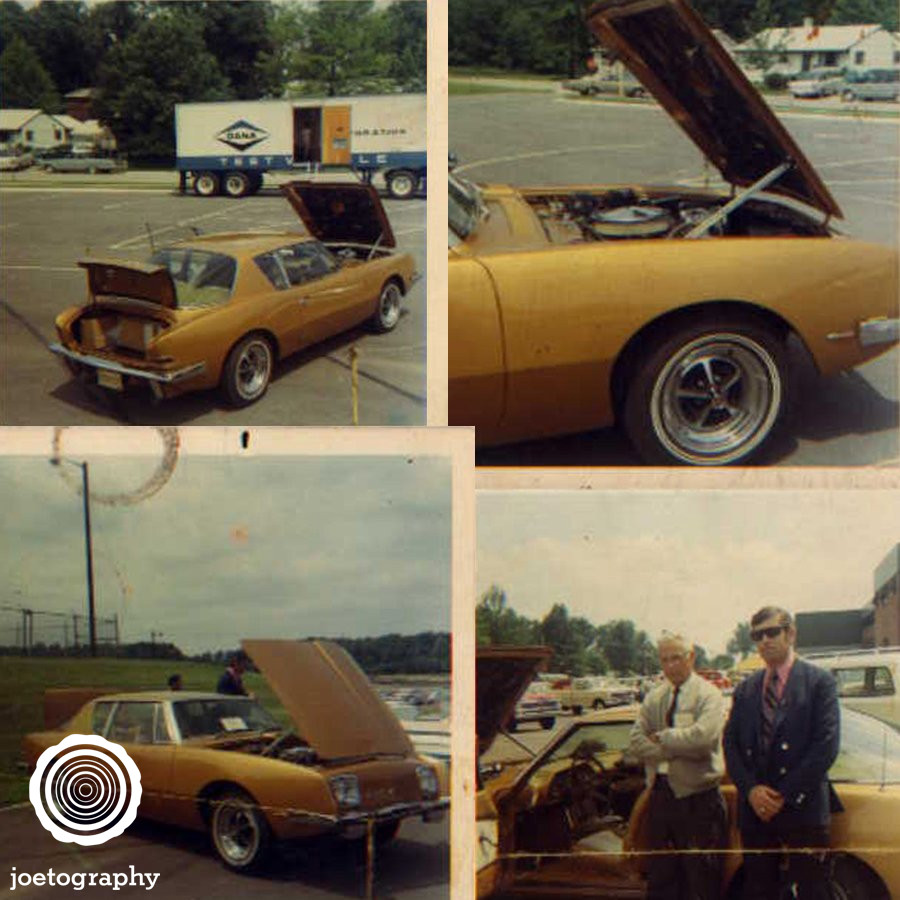 Here’s where I joined the story..

Three years into that role, he hired a new company secretary who eventually turned out to be my mom. As my dad tells it, she’d just moved down from the big city of Chicago. And while she was clearly the most qualified, he didn’t believe she’d ever be interested in working for such a small organization. But she did!

The pair shared an office. In 1973, they got married and held a small wedding reception with everyone at the plant the following week — with a promise from the boss for some time off for a honeymoon once business slowed down.

My sister was born in 1974, and I entered the world on the last day of 1975. And I’m told that — because my parents needed the income — my Mom returned to work in early 1976, toting me into the office in a car bed. (My first plant tour!)

After the owner Nate Altman died in 1976, my mom left the company not long afterward to take a job at a law firm. My dad continued on until 1982, when a new owner brought in design, engineering, and organizational changes.

But for a handful of years, I got to explore this historical monument with my dad and, unbeknownst to me at the time, my photographic eye was born. 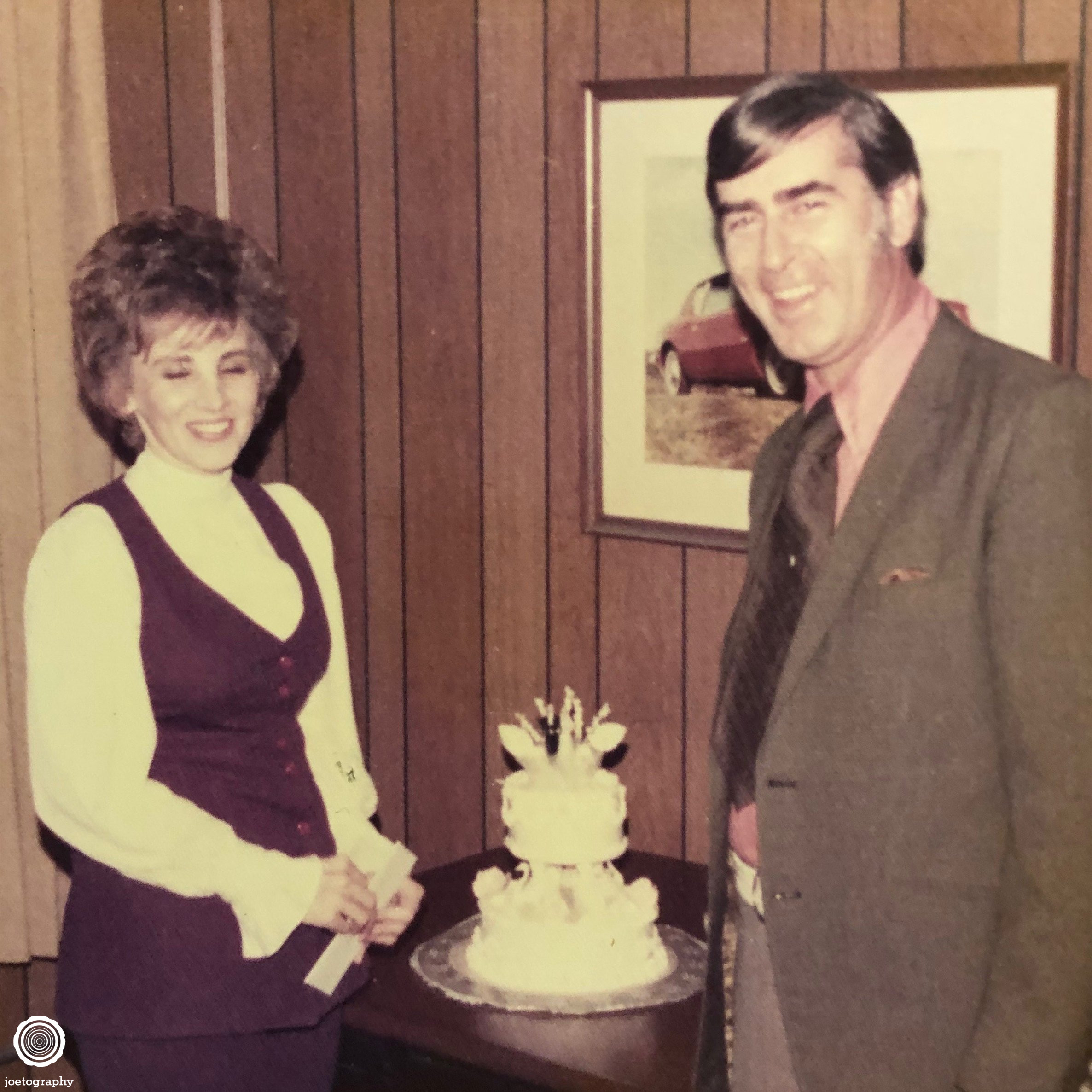 The Avanti II’s production line took up a meager amount of real estate within the vast and mostly vacant Studebaker campus. But thanks to a two-person, gas-powered utility cart, my dad and I had full reign of the place — as I remember it.

Giant freight elevators transported us to other hallways, other floors, other worlds. And from the passenger seat, I got to explore my Narnia.

Vacant halls, supported by symmetrically-placed columns, still echoed sounds from the past. Sunlight slipped through broken panes of glass of the steel casement windows and penetrated into the deep, dark shadows cowering in the corners. Splashes of chipped and faded paint colored the dim, neutral landscape. Iron stairways offered passageways up, down, and across the walls of the three-story corridors. Disconnected wiring, cables, and industrial machinery surrounded us at every turn.

To this day, my olfactory organs can still recall the smells that wafted from the concrete floors and brick walls — a matchless mixture of blood, sweat, tears, dirt, dust, petrol, and motor oil.

I begged my dad to drive farther, faster, and forever.

But like all good things, this too came to an end. When I was six, the tours ended. I stopped visiting my dad at the plant, and he stopped occasionally bringing home Avanti luxury coupes for me to pretend drive. Today, only the Studebaker Administration Building remains, but the memories of roaming through some of those old buildings remain vivid to this day.

At the time I didn’t understand the historical significance, but I still knew there was something special — almost reverent — about that place.

It’s where my imagination was birthed. Where I first started fantasizing about the past and the people who once filled those empty spaces. Where I first loved seeing the beauty in something old, something forgotten, something abandoned.

And like the Avanti, I’ll forever go forward in my life and in photography with those memories that my Dad and I manufactured together.