WHEN I WAS YOUNGER, I half-expected life to involve a gentle dawning, followed by smooth sailing, and topped off with a cozy fire pit and a soft pillow. I think I might have believed that life was all about making the right choices; and if you chose perfectly, as naturally anyone should, then everything would be just peachy keen.

What I’ve learned, of course, is quite different. Life is rough and uneven. Turbulent and stormy. Up and down. Inexplicable. Sometimes consequences naturally flow from decisions, good or bad, and sometimes they don’t. Sometimes, life makes no sense at all. Sometimes bad things happen to people, good and bad, discriminately and indiscriminately.

I needed some way to process life, as it happens to be.

These are the words that open Evensong, a newly-published book of 52 poems by Timothy Gillis mirroring the rises and falls within our four seasons. Tim and I spoke in December 2017 about his “poems for pilgrims,” and — after some cajoling — he agreed to extract them from his journal and share with us.

And so, much of last year I had the privilege of partnering with my wife, Lindsay, as well as Jon and Stacey McClure of Co-motion Studio, in producing this hard-cover publication. With Lindsay overseeing the editing and Co-motion directing the design, I was fortunate to manage the overall production process, as well as incorporate some of my original photographs. We then contracted Gorham Printing in Washington to print the finished hardcopy, including a cloth hardcover with gold foil and matching ribbon marker.

Take a look at the finished product below. 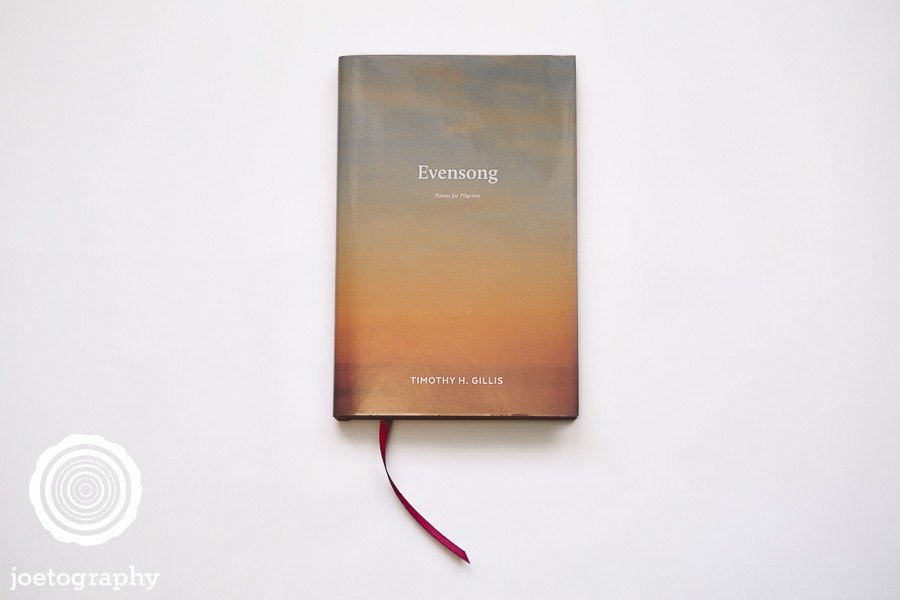 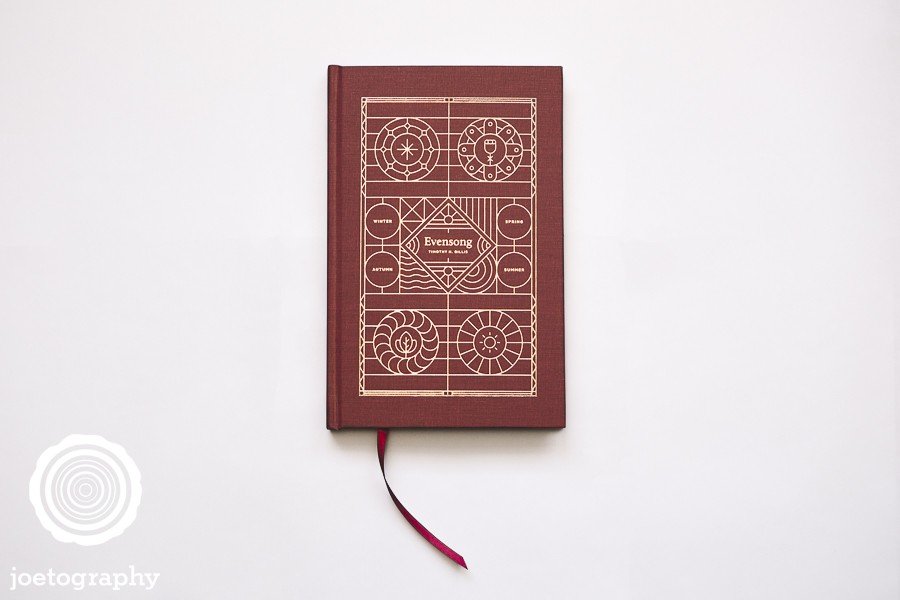 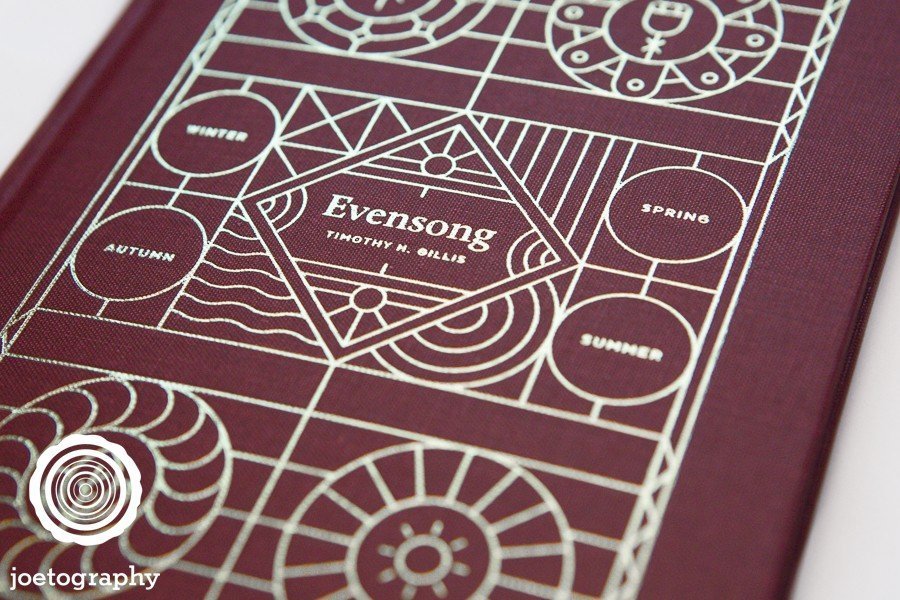 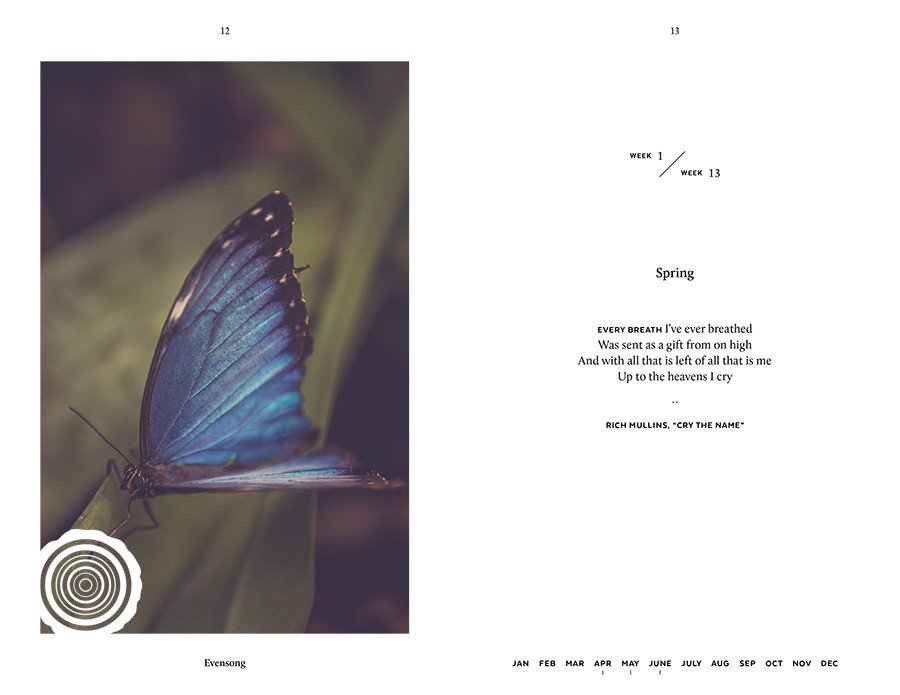 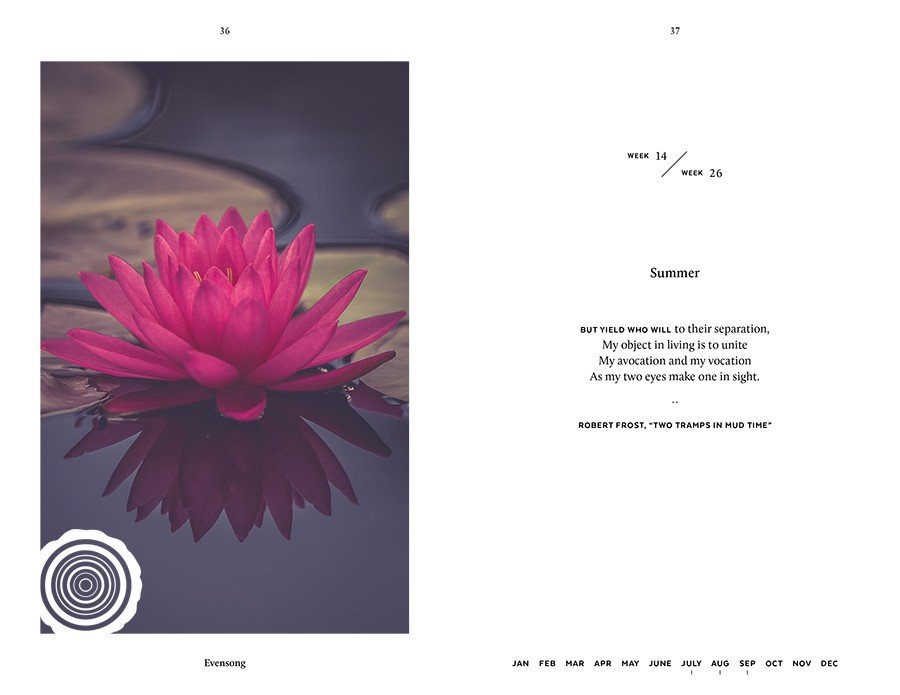 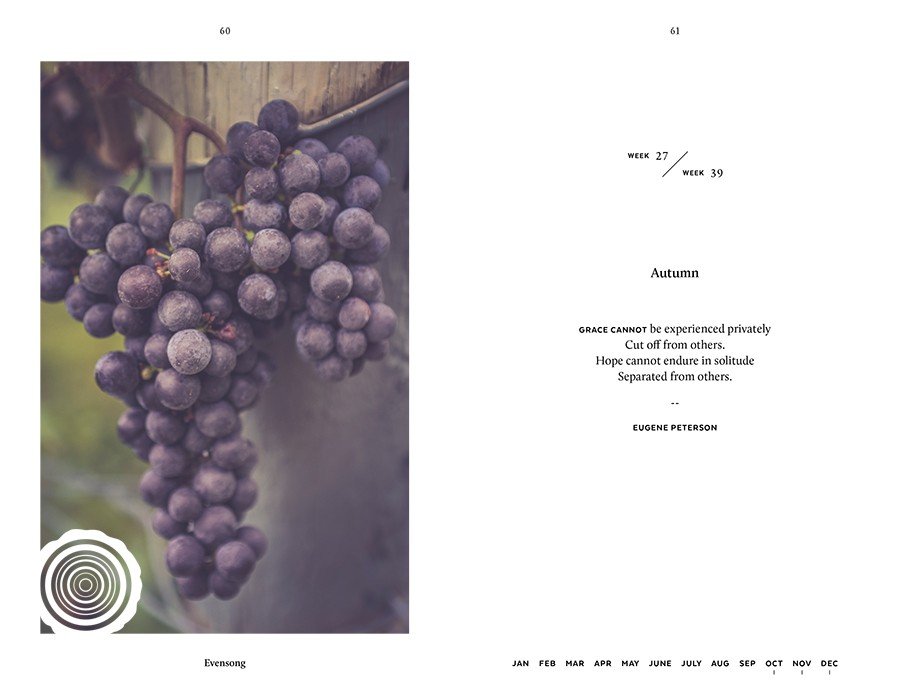 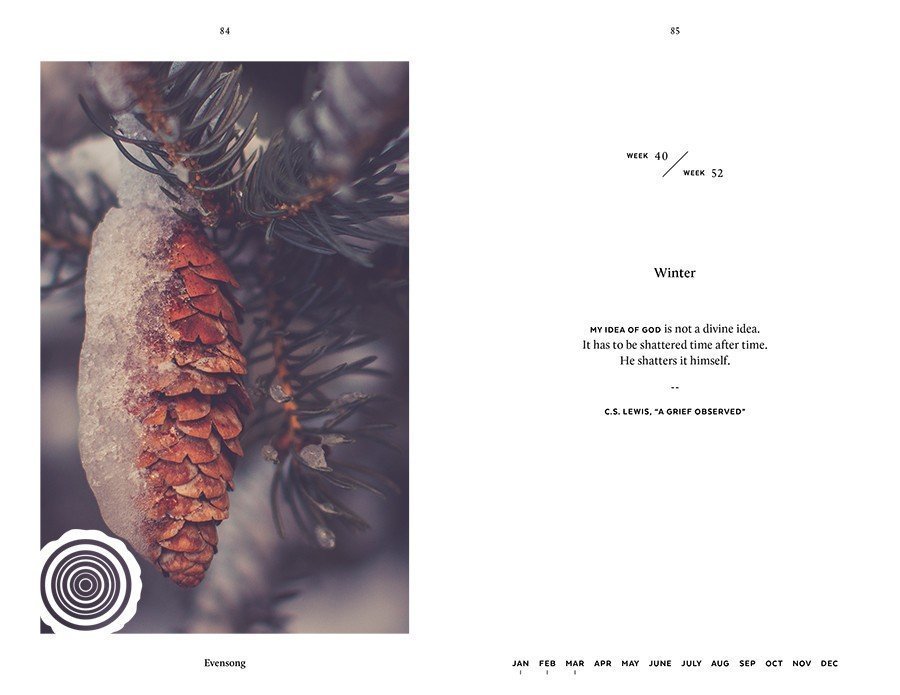